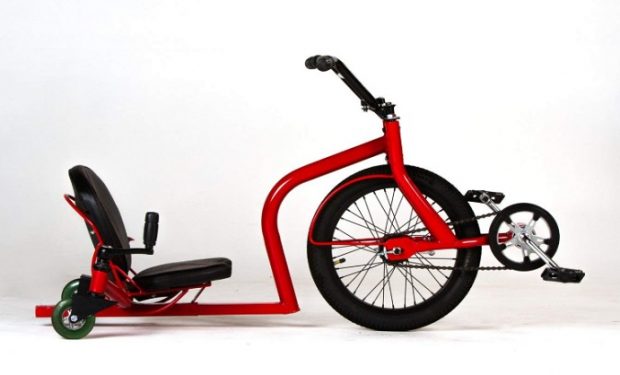 Leaux Racing Trikes is a line of recumbent tricycles modified for speed and maneuverability. The three-wheeler for adults can drift and spin 360 degrees. It can be adjusted to fit a 6’5” tall person, and one who doesn’t weigh more than 225 lbs. person. (It sells for $360 and is available in black and red.) The founders of Leaux Trikes, father and son team featuring engineer Joe Hadzicki and teen Tyler Hadzicki of San Diego, California, pitched their recreational business on Shark Tank in December 2015. They went into the Tank seeking an investment of $120,000 in exchange for 20 percent equity. While it looked like a number of the Sharks including Robert Herjavec and Mark Cuban got a kick out of riding the Leaux Trikes, the Hadzickis didn’t leave with a deal.

Three years after the Shark Tank episode aired, the social media accounts for Leaux Racing Trikes have gone dormant, and the brand Mobo has dominated the three-wheel cruiser trike market. The good news is, according to LinkedIn, Tyler graduated from San Diego State University in 2018. New episodes of Shark Tank air Sundays at 9 pm on ABC. [Related: 27 Favorite ‘Shark Tank’ Products at Amazon]

#TBT to when #jimmyfallon and #liamhemsworth rode our trikes!