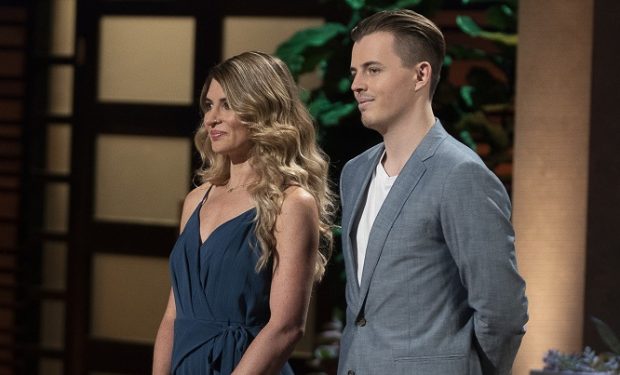 FinalStraw is a solution to the growing environmental problem of plastic straws littering the world’s oceans and beaches. They claim it’s the world’s first reusable, collapsible straw which folds up in a case the size of a car key. The company’s tagline is “Suck Responsibly.” The FinalStraw founders, Emma Rose Cohen (who has a master’s degree in environmental management and sustainability from Harvard University) and Miles Pepper, pitched their business on Shark Tank on the Season 10 premiere (October 7). They went in seeking a hefty $625,000 investment in exchange for 5 percent equity. That’s a big valuation: why are they so confident? They raised $1.8 million with a Kickstarter campaign (which featured that sexy, smart mermaid as seen on Shark Tank; video below).

FinalStraw is taking pre-orders now with delivery expected in November 2018. The patent pending product comes in five fun colors including Suck-ulent Green, Shark-Butt Grey, Healthy Coral, Artic-Melt Blue, and Sea Tur-Teal. Formerly $30, the FinalStraw is now on sale for $25. A big obstacle for FinalStraw is the competition. There are a number of collapsible straws already on the market and selling for less than $20. But FinalStraw’s got the marketing savvy and all the tools to win.

During the Shark Tank episode, billionaire investor Mark Cuban saw the vision. But he didn’t see the valuation. Cuban made an offer but when the FinalStraw founders tried to counter, Cuban said those immortal reality show words: I’m out. Guess it was the FinalStraw for the Mavs owner, but the company will keep on getting people to suck responsibly — no doubt. They’ve got deliveries to make. New episodes of Shark Tank air Sundays at 10pm on ABC, right after Dancing with the Stars: Juniors.