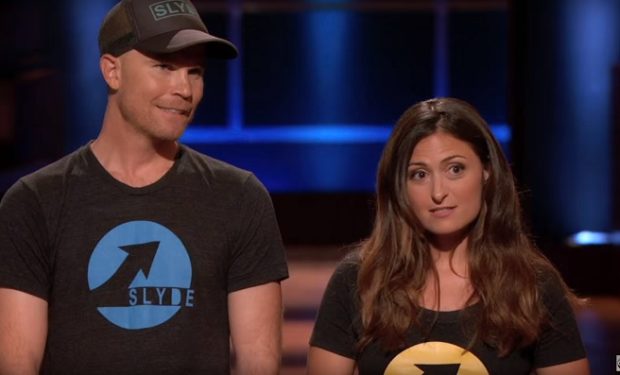 Slyde, the company that makes handboards for bodysurfing, pitched its business on Shark Tank in April 2016. Robert Herjavec, who invested in Hamboards in 2014, made an offer but Slyde declined and accepted an offer — $200,000 for 22 percent equity — from Mark Cuban (investor in Tower Paddle Boards) and guest Shark investor Ashton Kutcher.

[The Slyde Grom Board is on sale at Amazon]

Since Shark Tank, Slyde has been able to extend its product line (Black Hand Strap) and its distribution – the first Slydes arrived in Cuba in February 2017. While Slyde continues to get rave reviews (it received its 600th 5-star review in November!), the company also successfully reached its fundraising goal ($30,000) for its latest product, the Grom Board, on Kickstarter. The Slyde Grom is now available for $59.99. New episodes of Shark Tank (Season 9) air Sundays at 9pm on ABC. [Related: 27 Favorite ‘Shark Tank’ Products at Amazon]