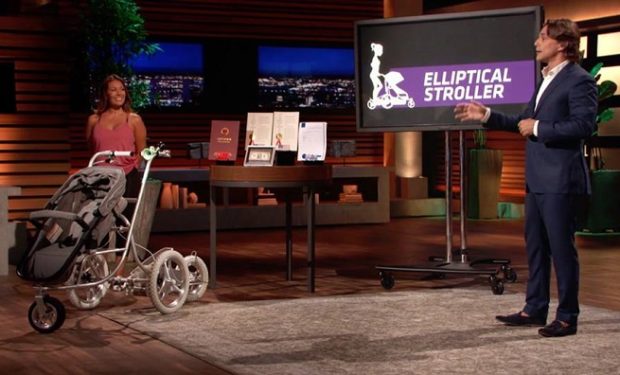 Elliptical Stroller is a stroller that’s designed to let the pusher behind the stroller also get a workout. It has an elliptical stepper mechanism attached to the back of the carriage. The entrepreneur behind Elliptical Stroller, the Italian-born Pier Paolo Visconti, is pitching his pre-revenue business on Shark Tank on January 7. Even if he gets a deal for Elliptical Stroller, Visconti probably won’t quit his day job.

Visconti is a successful real estate agent in the booming market of Miami, Florida. With ONE Sotheby’s International Realty, he recently sold a $39 million waterfront estate, described by TheRealDeal as Miami Beach’s fourth-priciest residence. (The owner paid $11 million for it in 2011.) If Visconti got the average 5 percent commission, that’s $1.95 million. Just saying. New episodes of Shark Tank (Season 9) air Sundays at 9pm and 10pm on ABC.  [Related: 27 Favorite Shark Tank Products — New List]

The first and only elliptical stroller…. a new way for mom to exercise with their child in the outdoor from Pier Paolo Visconti on Vimeo.