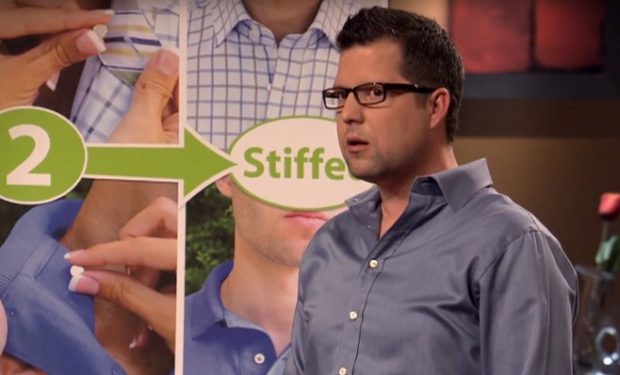 Wurkin Stiffs makes patented collar stays that are designed with embedded magnets. The founder of Wurkin Stiff, Jonathan Boos of Sarasota, Florida, pitched his retail accessories business on Shark Tank in 2011. It wasn’t an easy pitch to watch. Barbara Corcoran was the first shark to go out. And then Boos kept interrupting Daymond John (who was trying to give Boos a compliment) but somehow Boos’ perseverance paid off. On the show, both Corcoran (who came back in) and John agreed to give him $100,000 in exchange for 40 percent equity.

[Wurking Stiffs are on sale at Amazon]

After Shark Tank, the deal fell through. Boos told SharkTankBlog it came down to “Daymond wanted to do licensing and I wasn’t ready at the time. I haven’t had any real contact with Barbara since we taped, but I continue to work with Daymond.” Boos says Wurking Stiffs does some custom work for Daymond John from time to time. “We made the cuff-links he wore in his season seven debut!” Even without the Shark Tank investment, Wurkin Stiffs has continued to grow and expand its product line to include sharp looking dopp bags, pocket squares, leather wallets, and tie bars. New episodes of Shark Tank air Sundays at 9pm on ABC. [27 Favorite Shark Tank Products at Amazon — New List]