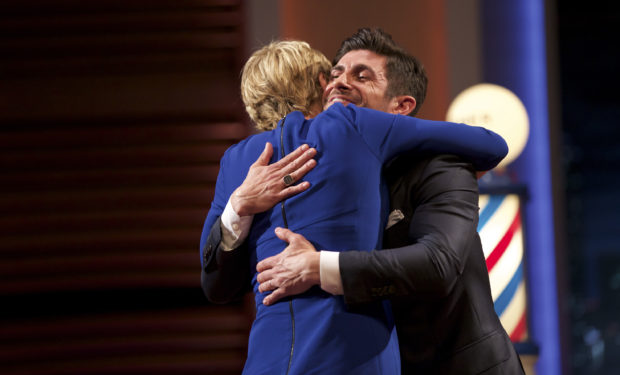 Pete & Pedro is a men’s hair care line founded by Aaron Marino. The charismatic salesman pitched his business on Shark Tank in 2016. He was seeking $100,000 in exchange for 10 percent equity, and he got exactly what he wanted  — but not for Pete & Pedro. Marino is also a social media influencer — his YouTube channel Alpha M. has more than 3 million subscribers. On Alpha M., Marino promotes products for men. Barbara Corcoran offered him the $100k for 10% of Alpha M (not Pete & Pedro). On camera, Marino agreed to the deal.

[Pete & Pedro products are on sale at Amazon]

[Tiege Hanley is also on sale at Amazon]

But one week after the Shark Tank episode aired, Aaron turned to his millions of Alpha M. subscribers and told them he couldn’t do the deal. “It didn’t feel right,” he said in the video below. He explained with a laugh,“It’s not because I couldn’t use $100,000, that’s for sure. It’s because of you (his YouTube followers).” He respectfully told Corcoran “thanks, but I’m gonna pass.” Marino says he still “needs to say no” to products he doesn’t love. He’s not for sale, basically. Good news is: Pete & Pedro is still going strong and Marino has launched a men’s skin care company called Tiege Hanley. (See Shark Tank update video below.) New episodes of Shark Tank (usually) air Sundays at 9pm on ABC.

[related: 12 Shark Tank Deals That Fell Through After The Show]

Shark Tank Quiz — Which Shark Said It? Test Your Knowledge