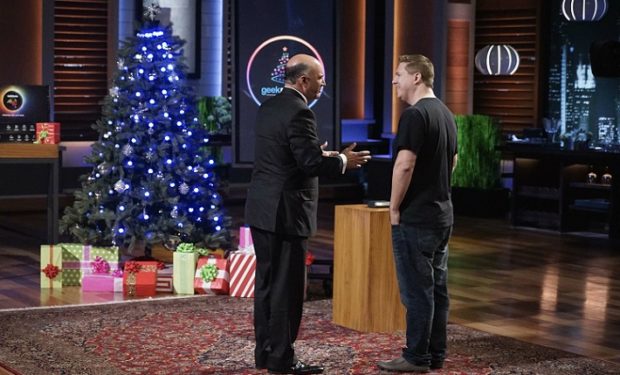 GeekMyTree is the company that makes colorful Christmas tree lights (“Animated Glow Balls”) that can be synchronized with a free iOs or Android app. The original idea was to bring the traditional Christmas Light spectacular from outside to inside. The founder of GeekMyTree, Brad Boyink of Grand Haven, Michigan, pitched the business on Shark Tank in 2015. He went into the Tank seeking a $225,000 investment in exchange for 25 percent equity. In the end he accepted $225k from Kevin O’Leary in exchange for 50 percent.

Since Shark Tank, GeekMyTree has expanded its product line to include $59 Party Pixels (LED light show curtains), $89 GlowFlakes, $195 Musical GlowFlakes, and $49 Tree Effects (tabletop tree with Animated Glow Balls), see cute commercial below. In an interview at the National Hardware Show, Boyink said of O’Leary, “He is a man of his word.” And O’Leary’s team “keeps you from making the deadly mistakes.”