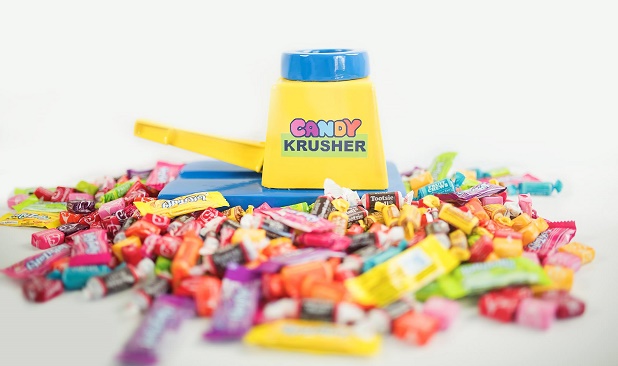 Barry Wilkinson of Dallas, Texas is the inventor of Candy Krusher, a candy press that molds chewy candy (think Tootsie Rolls, Starbursts, Wacky Taffy) into 10 different shapes including a rocket ship, robot, pony and princess, and real-life working whistle. You simply put a piece of softened candy into the krusher and press the lever. Wilkinson will pitch his Candy Krusher on The Toy Box (May 12).

If he gets a shot at a deal with Mattel, Wilkinson could incorporate Mattel character molds like Barbie and/or Disney characters. (But will Mattel want people eating Barbie?!!) Check out the Candy Krusher Kickstarter campaign, although Wilkinson wasn’t able to raise the $90,000 needed online, there are some cool photos and ideas. He planned to sell the Candy Krusher for $45 plus $10 for shipping and handling. The Toy Box airs Fridays at 8pm on ABC, right before Shark Tank.