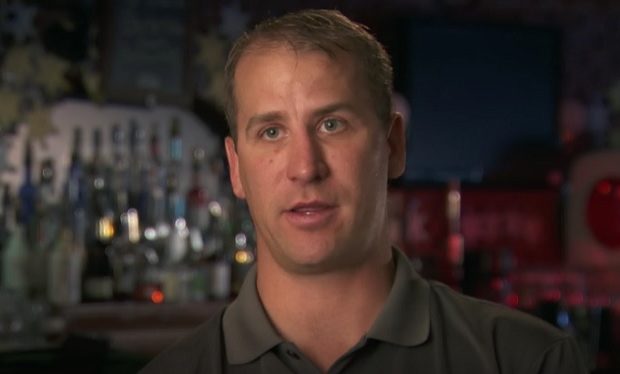 In the Bar Rescue episode “Zero Drunk Thirty,” Jon Taffer travels to Colorado Springs to check out the former biker bar, Brickhouse Bar & Grill. There he meets the owner, Jon Nicholls, a military hero (medevac helicopter pilot with the Colorado National Guard) about to be deployed again. According to Bar Rescue, before a redeployment civilian Jon “needs a rescue of his own, before he drinks away his profits and angers his bartender girlfriend [Rita] past the point of no return.” Jon tend to drink at the bar and flirts with pretty young customers which makes Rita jealous. P.S. He’s also $300,000 in debt.

Taffer helped rebrand Brickhouse as Garrison Tavern — with a fishing theme — and installed a desperately needed new tap system and point of sale system. However, just four days after the Bar Rescue makeover, Garrison Tavern was listed for sale on LoopNet for $148,000. Bar Rescue airs Sundays at 10pm on Spike.