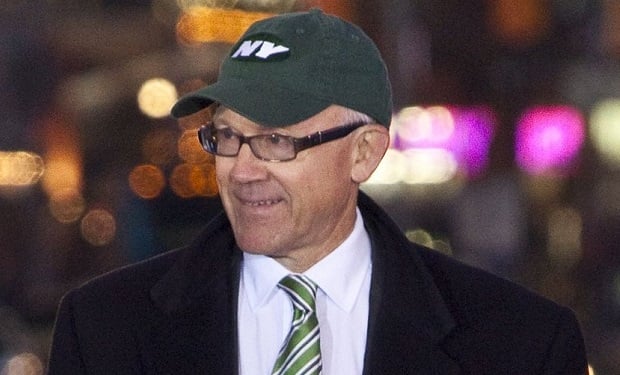 “The rich are different than you and me,” F. Scott Fitzgerald said to Ernest Hemingway. “Yes,” Hemingway replied, “they have more money.” But even Hemingway had no idea. As Donald Trump’s helicopter made an attention-grabbing landing in the Hamptons last weekend, big money was lining up to have dinner with the GOP nominee for president. It was reportedly $25,000 a plate to meet and dine with The Donald, with premium spots (host committee member) going for $100,000. Johnson was, as usual, in the expensive tier.

Steven Mnuchin, Trump’s recently named fundraising chief, hosted the affair along with billionaire financier Wilbur Ross at Ross’s palatial home. Jets owner Woody Johnson, who earlier threw his formidable support behind Jeb Bush, hitched on with Trump’s ride back in May. Johnson won’t miss the money, of course, even if it doesn’t push his candidate through to the top job. The Jets will pay cornerback Darrelle Revis $17 million in 2016.

Time to believe in [email protected]