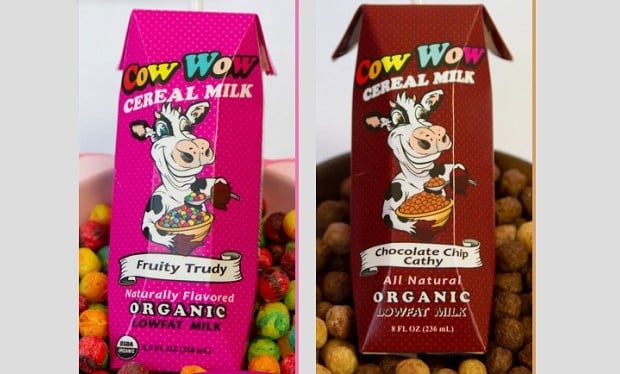 Chris Pouy is the founder of Cow Wow Cereal Milk, a drink that tastes like “the leftover milk at the bottom of the cereal bowl.” After selling $20,000 worth of Cow Wow, he pitched the business on Shark Tank in 2014. It didn’t go well. When the Sharks learned that each container contined 20 grams of sugar and 170 calories, all of them went out – even though a regular cup of milk contains about 14 grams of sugar.

According to the Cow Wow website, it’s still available at a number of grocery stores but it is no longer available for purchase online. (The buy online button on the website links to Amazon which no longer carries the product). According to Pouy’s resume, he’s currently working as a copywriter at ad agency Deutsch LA, working on the Taco Bell account. P.S. The woman who went on Shark Tank with Pouy is actress Tiffany Panhilason. She has since appeared on The Mindy Project, Anger Management, and Days of Our Lives, among others. [27 Favorite ‘Shark Tank’ Products available now]

Shark Tank Quiz — Which Shark Said It? Test Your Knowledge