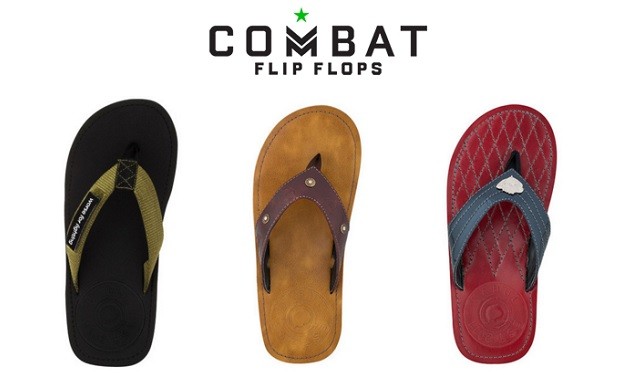 Two veteran Army Rangers, Matthew Griffin and Donald Lee, are the founders of Combat Flip Flops. They sell designer sandals (scarves, sarongs, and bangle bracelets) made in dangerous places – Colombia, Afghanistan and Laos — and made by locals. Part of Combat Flip Flop’s revenue goes to charities that promote literacy among Afghan girls and mine removal efforts in war zones.

Depending on the material, Combat Flip Flops run from $20 to $50. The 2016 Men’s AK-47 is made in Afghanistan and features cast bullet casings and heat stamped poppies. One pair funds one day of secondary school for an Afghan girl. Griffin and Lee will pitch Combat Flip Flops on Shark Tank (February 5) which airs Fridays at 9pm on ABC. Griffin knows how to keep a captive audience captive — see his TED Talk below.