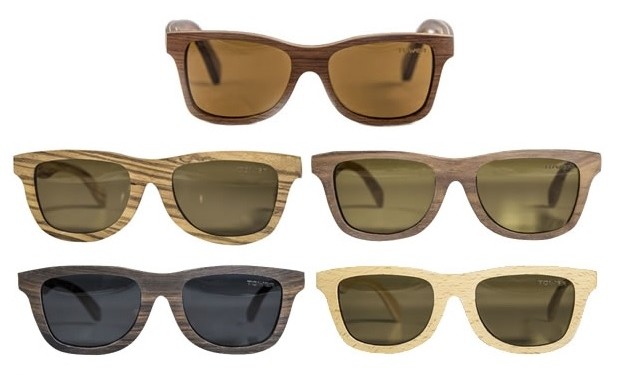 Tower Paddle Boards continues to grow by launching new products including Sunglasses By Tower, a line of handcrafted wood wayfarer sunglasses. Made with exotic hardwoods and polarized ultrasight lenses, the glasses come with a solid block carved sunglass case, and are on sale for $95 (originally $250). Other designs (Huntington, Trestles, Malibu, and San Miguels Wayfarers) are on sale for $59 (originally $120). Tower Paddle Boards will be featured on the Shark Tank spinoff, Beyond the Tank, which airs Thursdays at 8pm on ABC.