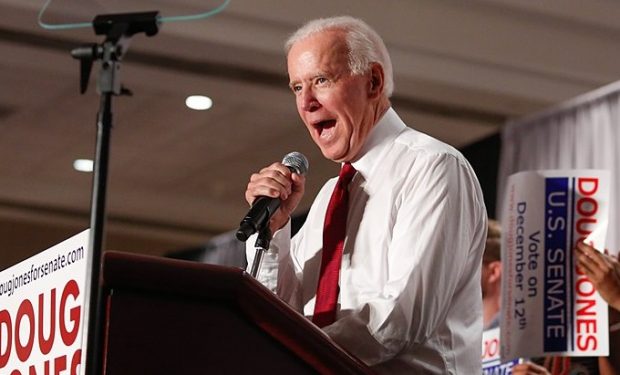 Potential presidential candidate and former VP Joe Biden described current VP Mike Pence as a “decent guy.” Blowback from the LGBT community predictably ensued, including an incisive criticism of the characterization from actress/activist Cynthia Nixon. Biden was trying to knock President Trump‘s foreign policy credibility with a story about how Pence was received in Munich in February. (Pence, on saying he was in Munich to represent Donald Trump, was met with awkward silence, according to Biden.) Biden described Pence this way: “a guy who’s a decent guy, our vice president.”

[Sex and the City — still timely?

Nixon objected to the characterization of Pence as decent, citing his intolerance on LGBT rights. Nixon wrote on Twitter:  “@JoeBiden you’ve just called America’s most anti-LGBT elected leader ‘a decent guy.’ Please consider how this falls on the ears of our community.”

Please consider how this falls on the ears of our community. @DrBiden https://t.co/Cw2beknTj7

You’re right, Cynthia. I was making a point in a foreign policy context, that under normal circumstances a Vice President wouldn’t be given a silent reaction on the world stage.

But there is nothing decent about being anti-LGBTQ rights, and that includes the Vice President.

The kerfuffle over the relatively innocuous (hardly laudatory) characterization of Pence as “decent” is an example of how difficult it will be for a Democratic candidate to navigate the range of constituencies that occupy the Left. But as Biden said in his reversal, and as the broader party generally agrees, “there is nothing decent about being anti-LGBTQ rights, and that includes the Vice President.”