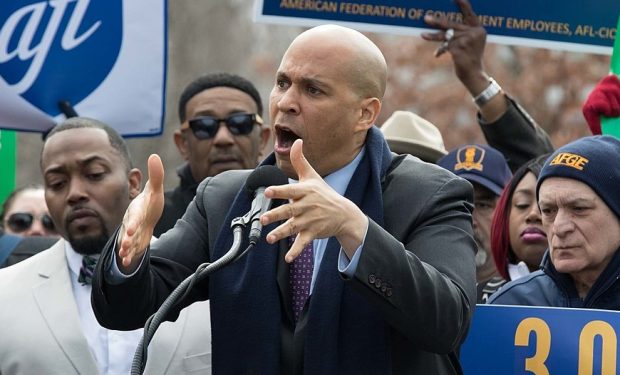 The Congressional Black Caucus (CBC) has never been more powerful, nor has it had so many viable choices to put its influence behind. With 52 CBC members among 235 House Democrats, the CBC is “flexing its muscle like never before” while accounting for “22 percent of all Democratic votes.” But as minority representation grows in the halls of congress, the same goes for the town halls where the 2020 election is already heating up.

The CBC doesn’t automatically put its power behind African American candidates — in 2008 there was division in the ranks as some prominent CBC members (including the legendary John Lewis) supported Hillary Clinton over Barack Obama. But today’s Democratic landscape is much changed, with more than one African-American contender for POTUS as both Kamala Harris and Cory Booker are running. As CBC member and Alabama Rep. Terri Sewell told The Hill: “I think it’s awesome we have so many amazing choices.”

It’s early and a CBC consensus is unlikely while both Booker and Harris remain in the race. But Representative Barbara Lee — a former chair of the CBC — has already strongly endorsed Harris, leaving Booker supporters to wonder if that signals a trend or an anomaly among CBC members. Does Booker need the CBC to remain formidable? Neither Harris nor Booker can ultimately win if the CBC somehow largely throws its influence behind someone else, but they can split the membership’s support early and both survive.