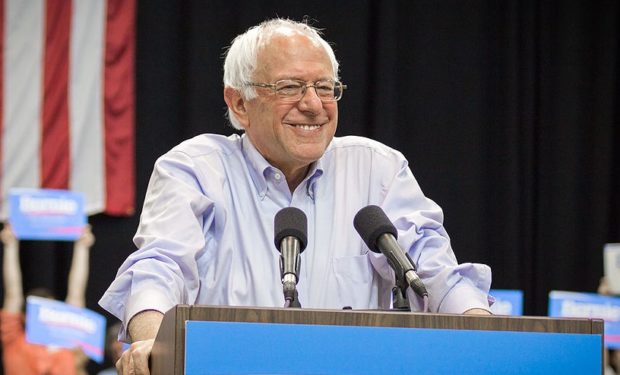 Alone among the candidates for the Democratic presidential nomination, Bernie Sanders is the only one with “universal name recognition” (as Van Jones said in a recent CNN interview). There are one-named pop stars (Madonna, Prince, Beyonce, Rihanna) and one-named sports stars (Tiger, LeBron, Kobe, Gronk), but there are far fewer one-named politicians. BERNIE is one of them. Yet it’s not really about the one-name status — it’s that name’s recognition, the familiarity, the brand, to use the au courant term. And Bernie’s brand is strong: people know what they get with Bernie the way they know what they get with Tom Brady or Michael Jordan. They are all known quantities, something that despite great and deep experience among them, no other Democratic candidate for president is. Who is Kamala Harris? Who is Amy Klobuchar? Kirsten Gillibrand, Cory Booker, Sherrod Brown? Most of America has no idea.

People do know a bit more about Elizabeth Warren, but the senator from Massachusetts has nowhere near the name recognition of Bernie. On announcing that he’d run again in 2020, Sanders immediately raised $6-plus million in a matter of hours. In a fragmented media environment where getting attention is priority #1, Sanders’ name recognition delivers a huge advantage. In 2016, Donald Trump dominated media attention winning more “earned media” than most of his competitors combined. In this regard, Sanders has LeBron or Tiger-like gravity. Every other candidate’s move to the Left will be seen as a nod to Sanders’ position; a move to the center-right will be calculated as a move away from the Sanders agenda. It’s almost like Tiger Woods — if eight golfers are in front of Woods on the leaderboard, the headline is invariably “Tiger in the hunt” instead of, say, Harris in the lead.