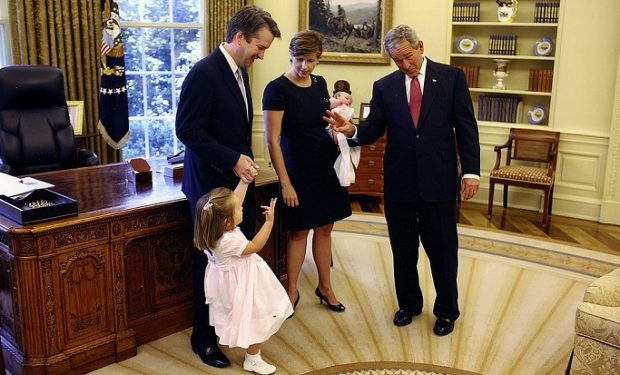 The Kavanaughs with Pres. George W. Bush at The White House [Public domain], via Wikimedia Commons

Brett Kavanaugh, the 53-year-old Federal Appeals judge in the D.C. circuit who was nominated in July 2018 by President Trump to fill a vacancy on the Supreme Court is married to 44-year-old Ashley Estes Kavanaugh. When they married in 2004, President George W. Bush and First Lady Laura Bush attended the wedding ceremony at Christ Church in Georgetown*. Prior to marriage, after graduating from the University of Texas at Austin in 1997, Ashley Estes served as an assistant to then Governor of Texas, George W. Bush. When Bush became President in 2001, Estes Kavanaugh became Personal Secretary to the President at the White House. (Kavanaugh was a Bush aide when they met.)

*According to the Kavanaugh’s wedding planner, Laura Weatherly: “It was the only wedding in the hundreds I have planned where all of the guests were in their seats 15 minutes early.” She added, “There’s no lollygagging when Secret Service are holding machine guns outside of the church.” 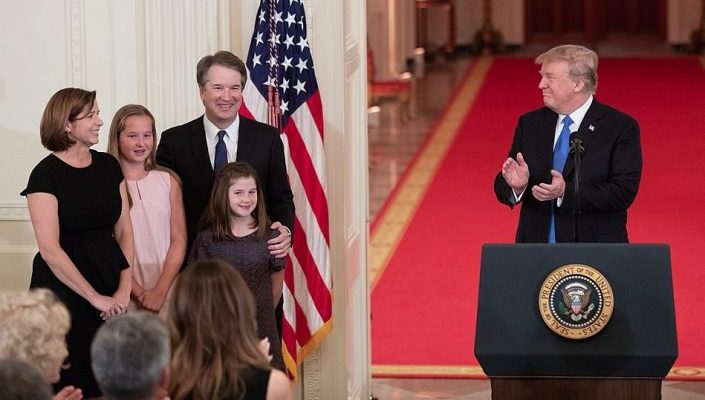 The Kavanaughs at The White House with President Trump on July 9, 2018 [Public domain]