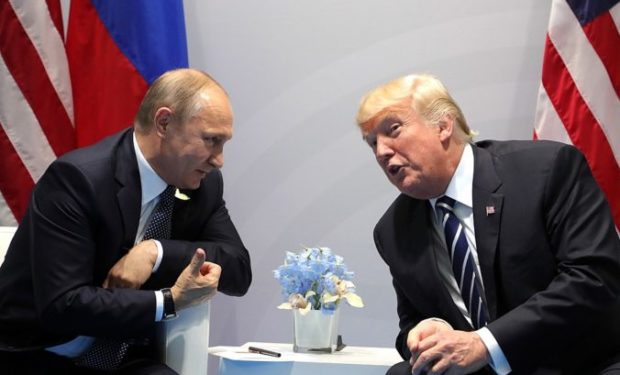 Former Georgian President Mikheil Saakashvili claims he was one of the “first victims” of Vladimir Putin’s election meddling. In a conversation with CNN, Saakashvili doesn’t use the broad phrase “Russian meddling.” Instead he says directly: “Putin’s meddling.” Saakashvili says that in 2012 Russians under Putin’s auspices “unleashed the fake news… internet attacks… trolls descended on us.” Saakashvili isn’t a Trump basher either, trying to open a naive American president’s eyes to the dangers of Putin’s aims.

Asked if he’s frustrated by Trump’s inaction, Saakashvili defends the Trump saying, “I think Trump has acted,” noting that American strikes “killed Russian mercenaries in Syria.” Saakashvili says “Russians get[ting] killed by direct strike of US military — it’s happening, it’s happening on the ground.” But the West and Trump must do more, Saakashvili says. As president of Georgia, Saakashvili went to war with Putin and Russia in 2008 and lost. The failure of the West to back Georgia meaningfully against Putin undermined the Eastern European people’s faith in the West for their future safety and prosperity. “[Putin] is eternal. He stays in power forever. Putin is undefeatable,” Saakashvili says. Putin controls the media, he controls everything. The way it is now Putin harasses and the “West won’t say a word.”