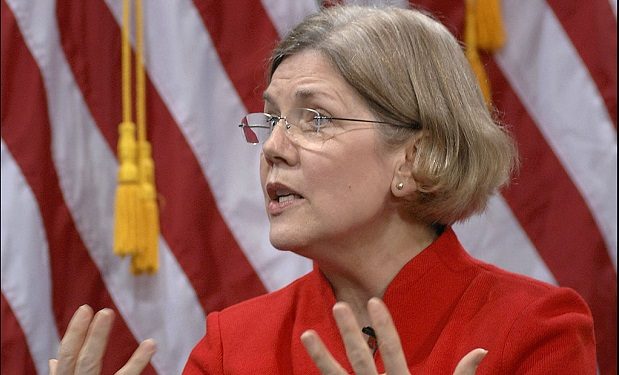 Sen. Elizabeth Warren thinks Donald Trump’s choice for Treasury Secretary — banker Steve Mnuchin — is a bad one. All the people who backed Trump because they wanted change? The Mncuhin pick isn’t what they were asking for, Warren cautions. Mnuchin ran OneWest Bank when it exploited, Warren says, one of the worst financial episodes in US history:

According to Warren, handing Mnuchin the “keys to @USTreasury” is a roadmap to making “big banks even richer at the expense of families:

.@realDonaldTrump wants to hand Steve Mnuchin the keys to @USTreasury – where he can make big banks even richer at the expense of families.

In building her case against Mnuchin, Warren is asking people for personal stories that represent how Mnunchin, OneWest Bank or Financial Freedom “hurt” them during and after the crisis. Many of the Twitter responses are from gloating Trump supporters who have particular enmity for Warren, whose tweet battles with Trump during the campaign were ferocious on both sides. (“Maybe they were ‘hurt’ by not paying their mortgages,” reads one.)

Were you or someone you know hurt by Steve Mnuchin, OneWest Bank or Financial Freedom? Tell the @SenateDems: https://t.co/KBXukZcO1k