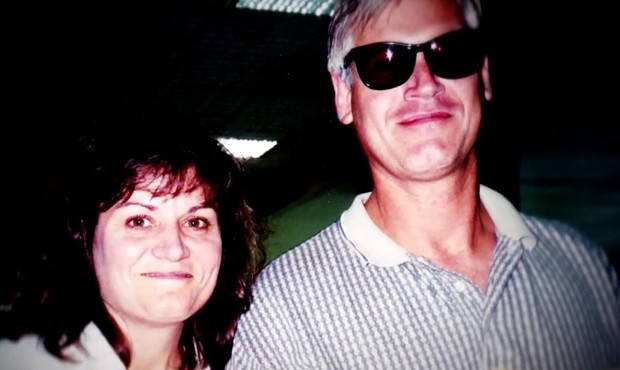 American track and field star David Laut won a bronze medal in shot put at the 1984 Olympics in Los Angeles. When he retired, he settled in Oxnard, California where he became the athletic director for Hueneme High School. A job he kept for 10 years. In August 2009, Laut was in the media again. He had been shot six times, including a fatal shot to the back of the head, in his backyard at the age of 52.

It was Dave’s wife Jane who called 911. She said she saw something move outside the house so her husband went to check. That’s when she said she heard shots fired. Months later, she confessed to shooting Laut in self-defense and hiding the gun in a grandfather clock. She said her husband of 29 years was abusive and when intoxicated “he said he was going to kill her after he killed their 10-year-old son and their dogs.” On March 30, 2016, Laut was found guilty of first-degree murder and will receive 50 years to life in prison. Note: In 2015, Laut refused to plead guilty to manslaughter (without the gun allegation) in return for a six-year sentence. Dateline NBC will air its investigative report on Friday, April 1 at 10pm.