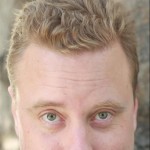 Eric Lawson is a writer and actor living in Los Angeles. His most recent accolades include winning Best Poem for “Lucky Strikes Are Hard to Find” at the 2012 Los Angeles Neo-Noir Film Festival as well as a www.textnovel.com 2013 Editor’s Choice Award for his novel-in-progress, The Road to Ruin. He has published two comedy collections as well as three chapbooks of poetry. When not working on various film or writing projects, traveling or spending time with friends, he is most likely passed out from exhaustion, and honestly not trying to ignore you.