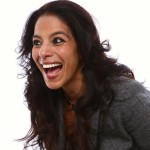 I was raised in Guatemala and moved to Montreux, Switzerland as a young adult. There I fell in love with "El Mundo del Vino" (The Wine World) in all the countries nearby: France, Italy, Spain, Germany and Austria. Lived in London, UK in 1999 where my daughter was born. In 2000 crossed the ocean and moved to San Francisco, CA. Dedicated myself fully to my daughter the first 10 years of her life, in 2010 I've decided to go back to study at San Francisco State University, finishing Event Planning and Introduction to Hospitality Management. While studying at SF State I took a phenomenal class called "Wine, Food and Culture and California" by Dr Collin Johnson. This encouraged me to do the British Certification WSET Wine and Spirits Education Trust. In 2011 I became the Wine Director and Sommelier at Hotel Drisco in Pacific Heights in San Francisco, changing the whole dynamic at the Wine Reception held daily by doing wine and sparkling wine comparisons with 2 same grape varitals from 2 different countries for the reds and the same for the whites. Introduced Port as well. In 2013 I created my website and Social Media Domain: "Lucre's Wine World" on Facebook, Twitter, Instagram, Google +, YouTube and Tumblr where I am interviewing, doing write-ups and making short documentaries of Winemakers, Wineries, Wine tastings, everything that crosses my wine path. Recently I've started to write about my experiences visiting restaurants in San Francisco. As of this day I am blessed to have around 9,000 followers.