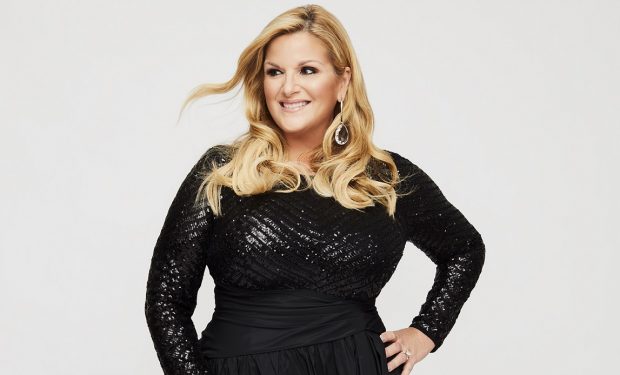 Country music star Trisha Yearwood kicked off the New Year by taking a walk down memory lane. When the 58-year-old Georgia native shared the throwback video below, of her being asked by Ricky Skaggs to join the Grand Ole Opry, she wrote: “24 years ago today, I received the invitation of a lifetime from @rickyskaggs. @opry it is an honor to be in your circle! xo ❤️.”

To become a member of the prestigious Grand Ole Opry, an existing member (Skaggs) publicly asks a regular performer at the Opry (Yearwood) to join the institution as a member. It usually happens during a live episode, like the one above. (A formal induction ceremony happens weeks or months later, when the inductee gives an acceptance speech.)

While on stage with Skaggs (as seen in the video above), Yearwood keeps her eyes on him and when he asks her, she lets her head drop and her eyes get teared-up.

Fans are chiming in with their memories of the moment. One fan wrote: “Awww seeing this again makes my heart so happy I remember watching it when it happened my heart was so happy for you such a well deserved honor xox.”

Another replied: “Wow, I was there, right behind you, in the striped shirt and you know what? I cried a bit, yes indeed. What an amazing moment!”

The video sparked a question/debate among some Yearwood fans: “Just curious…Do people know this question is coming? Or is it a genuine surprise?” One fan attests that “it is usually a surprise” — but no one knows but the people involved.

One thing is for sure: as seen in the 2021 video above, Yearwood surprised Lauren Alaina (on many levels) when she invited the 27-year-old to become a member the Grand Ole Opry.