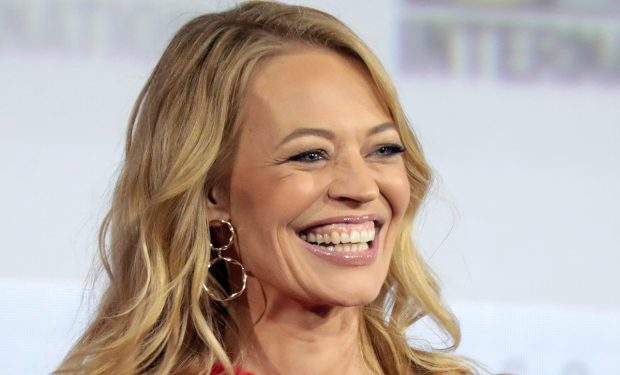 Actress Jeri Ryan is best known for her role as the former Borg drone Seven of Nine in the sci-fi series Star Trek: Voyager (1995-2001) and in Star Trek: Picard, which premiered in 2020, with Sir Patrick Stewart as Captain Picard.

As seen above and below, Ryan recently reunited with Stewart, Michelle Hurd (Rafaella) and Gates McFadden (Dr. Beverly Crusher), among others, to promote Season 3 (the final season) of Star Trek: Picard.

Get ready to see more of Ryan: she’s joining the cast of AMC’s psychological thriller series Dark Winds for its second season.

With the announcement above, Ryan writes: “Happy to finally be able to talk about this… And to finally scream OMG I MET ROBERT REDFORD!!!”

Ryan’s Star Trek co-stars continue to congratulate her on the series. Hurd replied: “VERY excited about this news, they are lucky to have you join them.” And Wil Wheaton (Wesley Crusher) replied with just one word of excitement: “DUDE!”

The third and final season of Star Trek: Picard will premiere on Paramount+ on Thursday, February 16. Sneak peek trailer above.