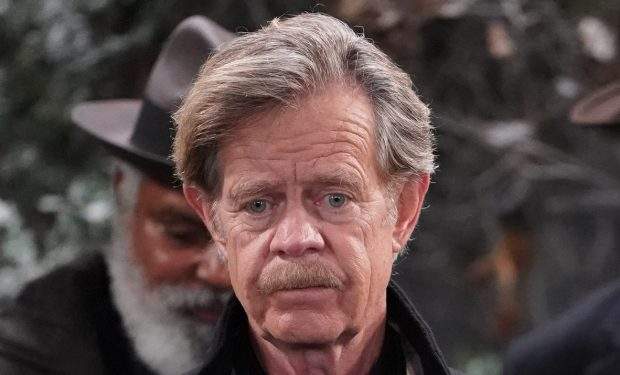 Hollywood actor William H. Macy has starred in dozens of movies including Fargo, Boogie Nights, Magnolia, and Seabiscuit, among others. But the character he’s most famous for is Frank Gallagher, the down-and-out patriarch of the dysfunctional Gallagher family in the Showtime series Shameless (2011-2020).

Get ready to see more of Macy: he guest stars on The Conners (he plays a classmate of Dan and Jackie’s at a funeral), where he reunites with his Shameless daughter Emma Kenney (who play Frank’s youngest daughter, Debbie).

Macy is also promoting his new film, a romantic comedy, Maybe I Do, with Diane Keaton, Richard Gere and Susan Sarandon, who plays the wife of Macy’s character.

When not on a movie set, Macy spends time with his family including his wife of 25 years, actress Felicity Huffman (Desperate Housewives).

Macy and his family recently traveled to Kenya, Africa. With the photos below, Macy reports: “The first time I ever spoke to Felicity Huffman, she told me about a trip she had taken with her mom, sister and brother to Kenya. They rode horses across the Maasai Mara on safari for ten days and she told me amazing stories about lions and crocodiles and elephants.” In 2022, their family made the same trip.

Macy has been sharing photographs, video, and diary-like entries on Instagram. Swipe below to see and hear him singing the Beatles song ‘When I’m 64,’ around the campfire. He’s the one strumming the ukulele.