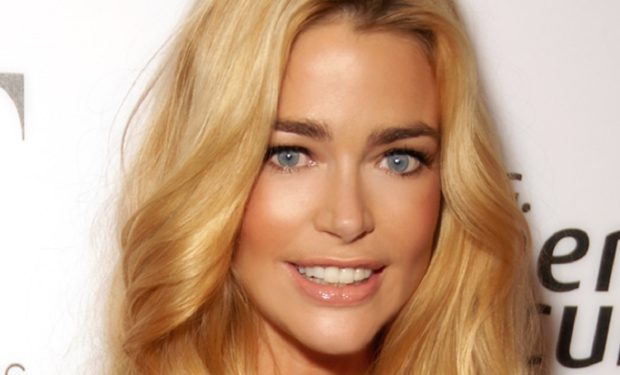 Get ready to see more of the former Real Housewives of Beverly Hills star, actress Denise Richards. The ex-wife of Charlie Sheen stars in the upcoming Christian movie, A Walking Miracle.

Daniel Baldwin (Homicide: Life on the Street) directs and stars in the film with Richards and two of his three famous brothers: Backdraft star William “Billy” Baldwin (above) and outspoken conservative Christian Stephen Baldwin, among other celebs.

The only Baldwin brother not in the movie is the eldest, Alec Baldwin. (That’s the youngest, Stephen Baldwin, below with Richards.)

A Walking Miracle is a faith-based movie based on a true story. It’s about the “recovery of a young man after having a car crash that left him in a coma” for 45 days. The young man is played by TikTok star Johnny Valentine.

Stephen Baldwin plays a reverend; Dean Cain (Superman in Lois & Clark: The New Adventures of Superman) plays a doctor, and Mickey Rourke (above with Daniel on left, Stephen on right) also has an unidentified role.

A Walking Miracle, which won the Best Screenplay award at the Christian Georgia Film Online Festival, is scheduled for a April 4 release.