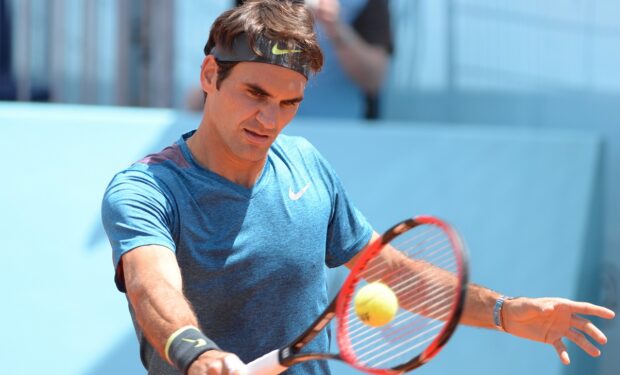 The former world No. 1 professional tennis player Roger Federer retired from competitive tennis in September 2022. Four months later and the 41-year-old Swiss announced that he’s returned to the sport of skiing after a 15-year hiatus.

When Federer shared the video above — set to the Taylor Swift song ‘Anti-Hero’ — he wrote: “It’s been 15 years, it feels so good to be back on the slopes ⛷️ #newbeginnings.”

Fans love to see Federer on the move (albeit on the slopes) — although a few are warning him to be careful on the knees (he retired after many knee surgeries). And a handful of fans are delighted to learn that the tennis champ is a “Swiftie.” As one fan replied: “RF as a Swiftie is everything!”

Vonn was recently in nearby Austria (across the famous Alps): As seen in the video above, she just became the first woman to complete the Streif, which is considered to be one of the most challenging downhill slopes in the world.