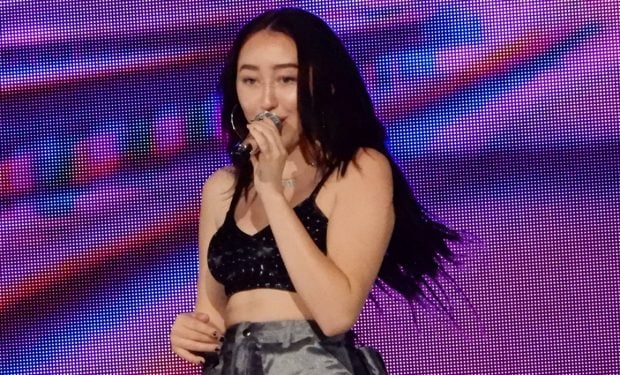 Noah Cyrus, the younger sister of mega star Miley Cyrus, is a former child star and singer, too. As a child she played various roles on Miley’s long-running TV series Hannah Montana. More recently, Noah played Connie on the 2021 season of American Horror Stories. See below.

In September 2022, Noah Cyrus released her debut album, The Hardest Part, which includes her hit song, “I Burned LA Down,” which she co-wrote with producers Peter Harding and Michael Crossey.

When Noah Cyrus turned 23 earlier this month at Joshua Tree, California, she lifted her shirt at least twice, as seen in the photos above.