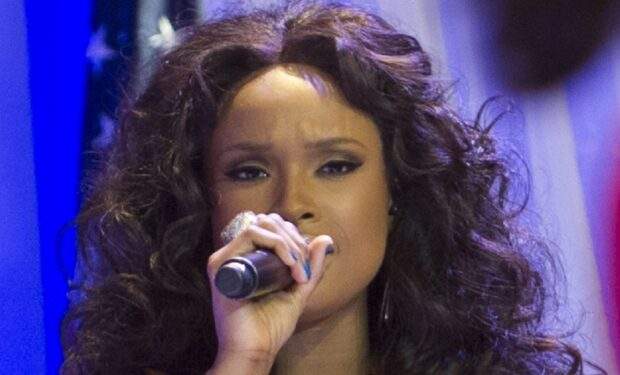 Before they perform a dual strut (see below) that would captivate any runway crowd, superstar singer and Oscar-winner (Dreamgirls) Jennifer Hudson made a confession to her talk show guest, supermodel Winnie Harlow.

To establish some camaraderie, producers had made a note for Hudson to tell Harlow that she also had modeling experience. In fact, she had gone to modeling school. Hudson hesitated a bit, admitting she didn’t “feel right” saying that.

Hudson went on to explain: “When I was a little girl, my mother used to keep all her kids in extracurricular activities and I took modeling. I went to Sears modeling school,” she says. “I feel real crazy telling you that,” she confesses to Harlow.

Why? We can only guess that when talking to a model like Harlow, who has earned millions as a model and been featured in the Sports Illustrated Swimsuit Issue, Hudson thinks maybe Sears modeling school isn’t really a strong connection?

It’s a little like people going up to Yo-Yo Ma and boasting about how they were in the elementary school orchestra.