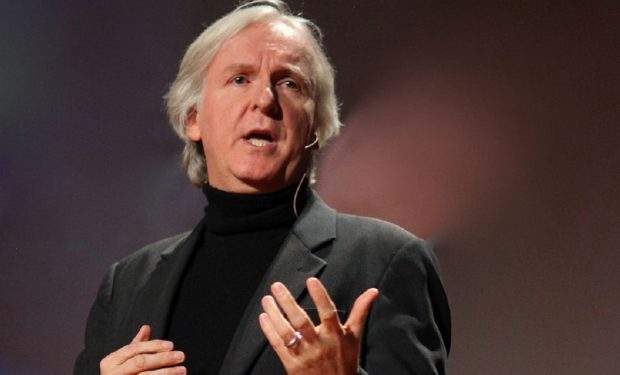 Director James Cameron remains, as he once gloriously and famously proclaimed, “King of the World.” Cameron staked his claim to that Hollywood throne at the Oscars after his 1997 film Titanic beat everything but the iceberg — and he hasn’t looked back.

Cameron’s Avatar (2009) is currently the highest grossing movie of all-time — and Avatar‘s only real threat for the top spot is its newly released sequel, Avatar: The Way of Water. (Avatar 3 is already in post-production and will hit theaters in late 2024.)

The key word in that last sentence? Theaters.

Cameron insists it’s important to see films in theaters, and not just because of the superior sound system or the size of the screen — though these are important elements. No, the chief reason a moviegoer should really go to the movies, rather than watch at home, is because by going to the theater you “make a deal,” the director says.

“You make a deal between yourself and a piece of art to give it your full attention.”

And you make a deal “not to multi-task.” At home, Cameron implies, that’s impossible. In the dark theater, it’s part of the compact you make with the art on screen.

What about watching on a phone? Radio journalist A Martinez asked Cameron this question in an interview, and Cameron was frank: If you’re watching a movie (especially a movie like Avatar) on your phone, the director said, “you’re only watching it halfway.”

You’re making a deal between yourself and a piece of art to give it your full attention. And you don’t when you’re at home. People don’t cry as much when they watch a movie at home as they will in a movie theater. You don’t have the depth of emotion.