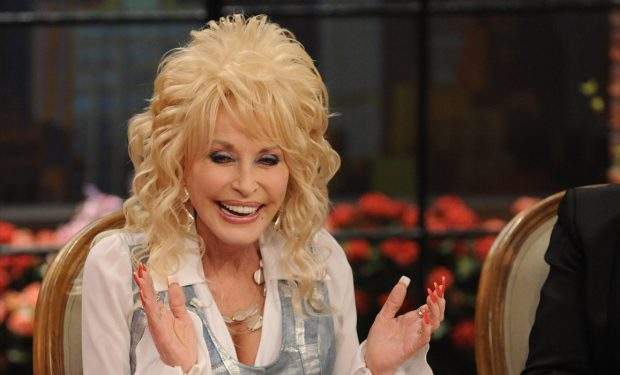 Country music legend Dolly Parton is excited to announce her line of cornbread, biscuits, brownie mixes and frostings with Duncan Hines. As seen in the commercial below, the 76-year-old singer, songwriter, actress, and businesswoman donned a hot pink gingham top with a yellow butterfly print apron to deliver the news.

Dolly promises that the baking products will be available “real soon” in retail stores (including Walmart) but some fans are already chiming in with rave reviews, especially for the banana bread and “that buttercream icing is actually the best icing ever!!!! I swear.”

Other fans promise to buy the Dolly baking mixes just because “the boxes are so cute.” As seen below, the pink boxes feature a drawing of Dolly.

One customer left a detailed review of Dolly’s Favorite Coconut Flavored Cake: “The cake had a nice density and fullness to it. There is not enough pudding left to make a full filling using 1/2 cup of milk. 1 cup would have been too thin! However, it was a crowd pleaser with banana & vanilla pudding filling and homemade vanilla buttercream frosting. 10000% recommend!”