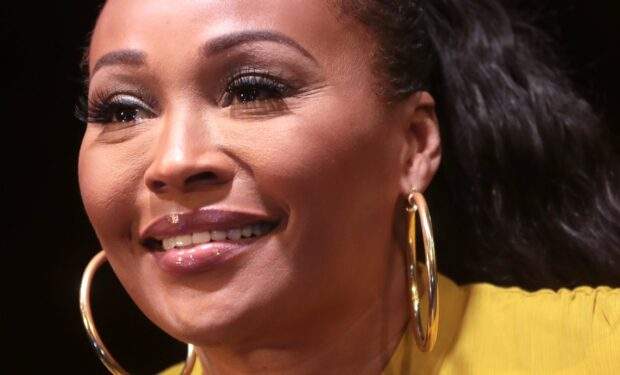 The Bravo reality show The Real Housewives of Atlanta is celebrating its 15th year on TV in 2023. The cast has changed since 2008. Two of the original stars, NeNe Leakes and Kim Zolciak, have left the show to pursue other opportunities as did model Cynthia Bailey (who joined in 2010).

As seen below, Bailey stills hangs with her Real Housewives girlfriends. That’s Phaedra Parks with the blonde hair with New York’s Luann de Lesseps — who was performing her cabaret show in Atlanta over the holidays.

Since leaving The Real Housewives of Atlanta (in 2021), Bailey has competed and went far on Season 3 of Celebrity Big Brother and landed roles in TV movies including the 2022 thriller, The Stepmother with fellow reality star Erica Mena (Love & Hip Hop: Atlanta).

When not on a TV set, Bailey is turning heads on the streets of Atlanta. When she shared the stunning photo above, of her in skintight bodysuit with a giant golden belt and stilettos boots, she quoted the fictional character Wonder Woman: “sometimes u can’t see what u r learning until u come out on the other side.”

Bailey’s fans are going wild over the look. As one wrote: “Looking like Wonder Woman but sexier.”