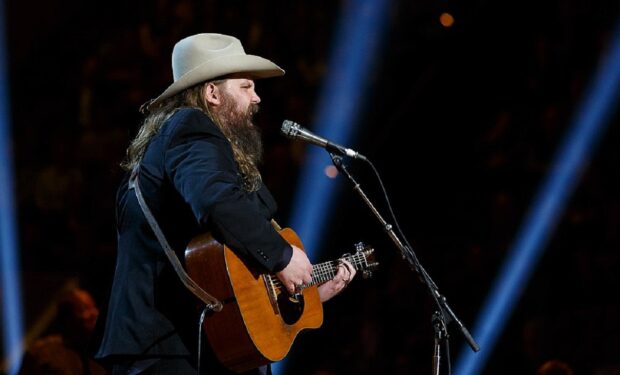 Country music superstar Chris Stapleton — possessor of eight Grammy Awards and ten Academy of Country Music (ACM) Awards — was just given the biggest stage he’ll ever have. The Super Bowl stage, that is. But Stapleton’s fans, among the most loyal anywhere, are conflicted about the placement of Stapleton in the Super Bowl pecking order.

Granted, the Super Bowl is the most watched TV program in the world — and getting to perform in front of that massive audience (hundreds of millions) is an honor and a marketing opportunity beyond compare. (Think of all the beer, car, and chips brands paying millions just for a 30-second commercial on the broadcast.)

But while Stapleton fans are excited about the news that their guy got the NFL call, many are unhappy that Stapleton will be performing the National Anthem before the game, rather than having been selected as the halftime show entertainment.

Comments that Stapleton “should’ve been the halftime show” dominate his Instagram. “He should be the headliner for the halftime show,” writes one fan while another writes, “If only they’d get the crap they usually have at halftime and replace it w actual singers like u.”

This year, that longer more prominent halftime entertainer slot goes to Rihanna, a selection that also didn’t delight everyone either. (Reminder here: you can’t please everyone.)

And fans don’t have to dislike Rihanna to think that Stapleton should win the Super Bowl marquee battle.

As another fan puts it: “He should be the halftime!!! Come on NFL!!! Don’t get me wrong Rihanna is bomb but Chris is well… Drop the mic.” That’s a clear Rihanna appreciator there, yet still insisting Stapleton is better halftime show material.

Those fans might understand the entertainment selections better if they sat in the NFL marketing meetings and saw what was clearly written on the whiteboards there. Followers on Instagram: Rihanna, 139 million; Chris Stapleton, 1.8 million.