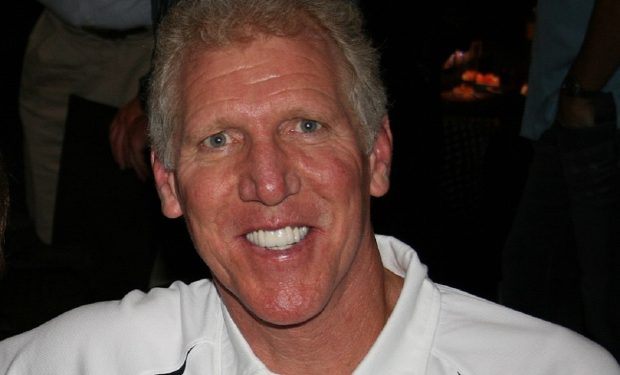 At his low point in 2009, while struggling with unremitting back pain after a career filled with basketball injuries and glory, Hall of Fame hooper Bill Walton admitted he contemplated bringing himself to a bad end.

He recovered thanks to an unexpected treatment, but that Walton once faced such a nadir is hard to believe for anyone who has been exposed to his singular exuberance and effervescence behind the microphone. Nobody this side of Dick Vitale really celebrates basketball the way Walton does when he announces.

Especially when hits his signature note: “Throw it down, big man.”

The Grateful Dead-loving UCLA legend — who shot 21-of-22 in the final game of his NCAA career to bring home yet another trophy for John Wooden — is an opinionated man. And a lot of his opinions center around three simple ideas: that people should enjoy life more, that they should pursue knowledge with unbridled passion, and that everybody should try as hard as they can.

Recently on a telecast Walton said of one young college player who repeated the same mistake, “you’ll never learn what you don’t want to know.”

Since Walton’s wisdom and style are sometimes prescriptive, he’s not beloved by everybody. (There are those for whom Walton is nails on the blackboard.)

But enter the opportunity created by the fragmentation of media — and now Walton-loving people can sign up to hear Walton do certain NBA games — as an alternative to the regular telecast. (Fitting, as Walton always has been an adherent to “alternative” life style notions.)

The name of this great big experiment? The NBA is calling the Walton telecasts “THROW IT DOWN WITH BILL WALTON.” (It’s like what the NCAA Basketball Finals has done in broadcasting unique announcing teams on three separate platforms. One set of announcers delivers a neutral call while there are two biased calls, one favoring each contender.)

Walton will just be biased toward the light, as he might put it.

In a press release from the NBA, Walton goes full spaceman, saying his new telecast will “blast through the real, imaginary and self-imposed limits of the known universe.” Here’s the big fella, throwing down a description of his intent with volcanic joy.

“This incredible dream is the thrill, honor and privilege of a lifetime. Wow, and on the NBA’s global and intergalactic platform too! I’m the luckiest guy in the world. Please help me throw it down as this volcanic eruption celebrates the best of life, nature, sport, the NBA and everything else.  We promise to blast through the real, imaginary and self-imposed limits of the known universe and beyond. Won’t you come with me. Hold on if you can. Hold on if you dare. THROW IT DOWN, exclusively on the NBA App, where dreams become reality, where we come to grow and where the deal goes down.”