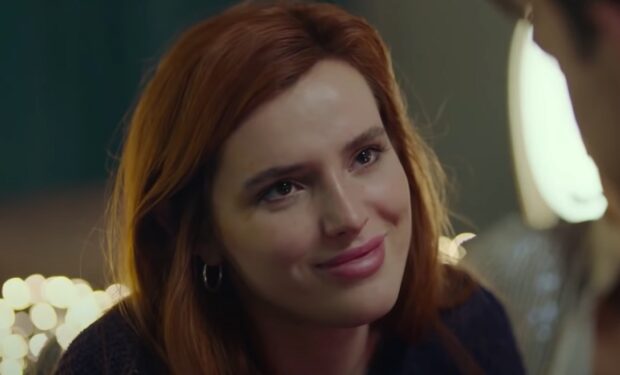 Bella Thorne in 'Time Is Up' (Voltage Pictures screengrab)

Hollywood star Bella Thorne is at the 2023 Sundance Film Festival to promote her new project, Divinity. For the movie premiere at the legendary festival in Salt Lake City, Utah, Thorne turned heads in a stunning sheer dress with a plunging cut-out front.

As seen above, she poses outside amid mounds of snow. More than one fan replied: “STUNNING!” Thorne thanked Roberto Cavalli designer Fausto Puglisi for the custom gown. Swipe to see the initial drawing.

Thorne wore another of Puglisi’s sexy designs just last month in Miami (see above). She wrote about the designer and the special event: “Such a genuine and talented human!! Had so much fun celebrating with everyone.”

In the new film Divinity, Thorne plays “a seductive woman” named Nikita who interacts with “two mysterious brothers… who abduct a mogul during his quest for immortality.”