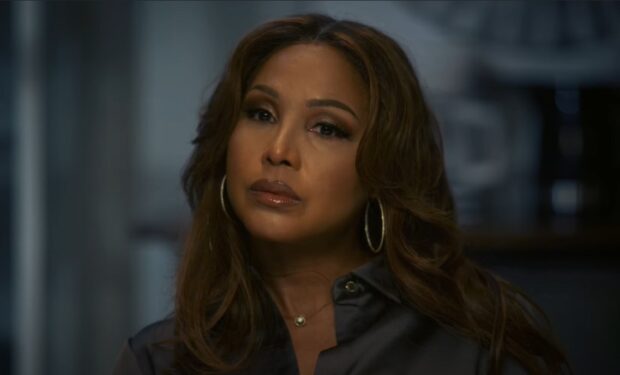 The legendary R&B singer and actress Toni Braxton isn’t shy when it comes to modeling. When she shared the stunning video below, of her rocking a sheer black lace lingerie bodysuit with an injured foot, she captioned it: “In my era today… even my gimpy toe is feeling good!”

Braxton fans are loving the video, as one wrote: “Rihanna should’ve added you to the Savage x Fenty show.” But the most excited fan is singer Lu Kala, who can’t get over the fact that Braxton used her song ‘Pretty Girl Era’ for the lingerie photo shoot video.

Lu Kala thanked Braxton: “Omg you used MY SONG (brb, crying😭) thank you so much and you’ve been in your Pretty Girl Era y’a whole life Toni!” The rising star added: “Literally THE Toni Braxton is feeling herself to my new single, I’m finna faint.”

Fans are hoping to hear new music from Braxton soon: her last studio album, Spell My Name, was released two years ago in 2020. It includes her #1 hit song “Do It.”