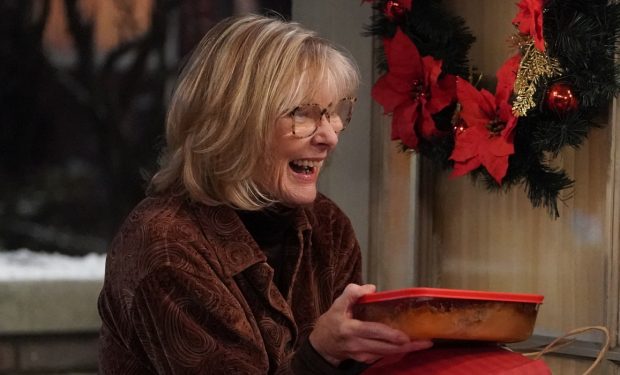 When The Conners shared the sneak peek video above, one fan noted that the actresses, Curtin and Sagal “are practically the same age.” Another chimed in about the casting of Curtin: “She doesn’t seem old enough to be her mother.” In real life, Curtin is 75 and Sagal is 68 — so yes, they’re both Baby Boomers.

The two-time Primetime Emmy Award-winning Curtin is also known for her roles in the hist ’80s sitcom Kate & Allie (Allie), the ’90s sitcom 3rd Rock From the Sun (Dr. Mary Albright), and in films including Coneheads and I Love You, Man, among many others.

The Conners airs Wednesdays at 8 pm ET on ABC, right before The Goldbergs at 8:30 pm, Abbott Elementary at 9 pm, Home Economics at 9:30 pm and Big Sky at 10 pm.