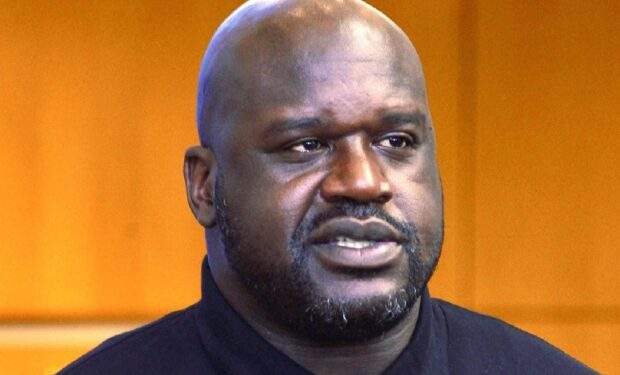 Here is some conventional wisdom about the internet and social media especially: if you want a question answered, post the wrong answer first.

Anyone who has spent time on Twitter understands this valuable truth, because “tweeting” is really synonymous with “correcting” — when it isn’t simply another word for “provoking.”

NBA legend Shaquille O’Neal knows Twitter well, being one of the early adopters on the platform. Shaq likes to share rankings made by others to get fans into an argumentative tither. Shaq also knows there is nothing like Lakers lore to get the conversation started and get it hot fast.

So Shaq often uses lists to provoke a reaction — reactions being the coin of the realm in social — and the Big Fella knows that whenever LeBron James‘ or Kobe Bryant‘s names enter certain GOAT conversations, especially in Southern California, the space heats up like a (Vinnie Johnson) microwave.

Thoughts on this list? Also I didn’t make this pic.twitter.com/aFHlmRGlgS

Shaq asks innocently (after assuring fans he did not make the list): thoughts on this?

Thoughts aplenty, is the answer. Nobody seems to question lifelong Laker and 5x NBA champion Magic Johnson‘s position in Tier 1, even if not a few question Kobe Bryant‘s Tier 1 rank.

A pretty strong contingent evidently believes 6x champ and all-time NBA scoring leader Kareem Abdul-Jabbar belongs in the top tier, too. (Kareem won five of those titles with the Lakers.)

One sensible commenter explains to all those who are changing this best Lakers conversation into an overall GOAT debate: “I agree that Kobe is overrated, but you have to realize that these are best LAKERS all time. Not best players. Shaq was only on the Lakers for like 5 years, Kobe 20. Kobe obviously accomplished more AS A LAKER than Shaq and Pau.”

That’s Pau Gasol, who in Tier 4 may have deserved one of Bryant’s Finals MVPs, according to one Shaq booster in the comments who writes to Shaq: “You’re either tier one or above Kobe. You have more total MVPs. To be honest Pau deserves one of Kobe’s finals MVPs.”

But O’Neal’s favorite comment? Maybe this one: “Shaq should be tier 1 he brought the Lakers back to greatness. To the dynasty that it was. Dominant, Shaq is one of the best Lakers of all time definitely should be tier 1 no question. He averaged 33.6 points, 14.1 rebounds and 3.1 assists in 20 games in finals with the Lakers.”

Shaq is both happy and a monster is the point — and result — of that assessment.