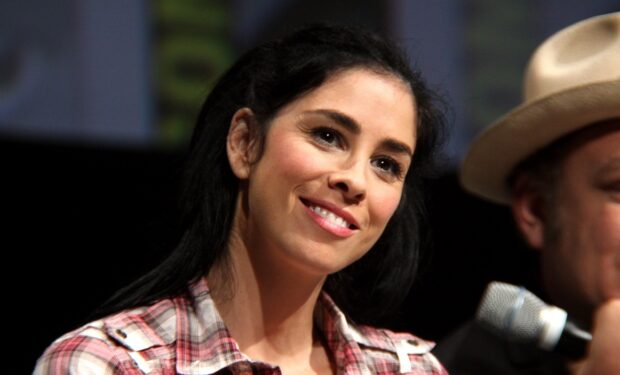 Comedian Sarah Silverman explains what she believes is the key rule of harsh comedy, the kind that comedy roasts are built on, for example. Yes, it’s an “Anything Goes” environment — but “anything goes has one rule,” Silverman writes in introducing a clip from her recent podcast on Instagram.

What’s the rule? “There is one caveat,” Silverman says, “You must love the person you’re roasting. Or it does not work.” (Note: insult legend Don Rickles must have had a lot of love to give.)

Real hate can’t come from love, Silverman posits. If you’re going to rip into somebody — shred them, if you will — first it has to be somebody “you love to pieces.”

Silverman cites some examples, including SNL veteran Colin Quinn, who takes a no-holds-barred approach to offending his prey. But perhaps the most striking example Silverman cites is Eddie Murphy’s portrayal of Saul, “the old Jewish man in the barbershop,” as she says, in Coming To America.

Below Saul gives Joe Louis, the Bronx Bomber, his propers, as Aretha Franklin might say.

“Every Jew f’ing loves that,” Silverman claims of Murphy’s performance, “because it feels like love. It feels like being known. There’s no hatred in it.”

Everyone will be much less sensitive and much quicker to laugh come that far-off day when we live in a “post-hate society,” Silverman says. Then conceivably anything really will go. Silverman admits she doesn’t know if we can get there — “it’s not looking good,” she says — but what a noble goal.