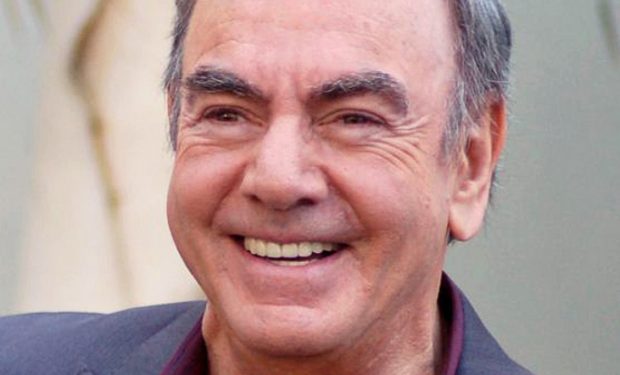 American singer/songwriter Neil Diamond (The Jazz Singer) is the subject of the new Broadway show Beautiful Noise. On the opening night of A Beautiful Noise: The Neil Diamond Musical at the Broadhurst Theater on W. 44th Street in New York City, the Brooklyn native surprised the audience with a live performance of his evergreen song ‘Sweet Caroline’ with the cast… and of course the crowd joined in.

Fans are going wild over the video and are voicing their “jealousy” of the audience who got to see the master sing the classic song live and in person.

As one enthusiastic fan wrote: “It was overwhelming to hear him sing Sweet Caroline, he totally succeeded in this surprise, I was so touched that I couldn´t resist a few tears of joy, he looks so happy and handsome, his dream of bringing a musical to Broadway has come true, my congratulation to Neil and the whole ensemble for a successful performance.”

Diamond has sold more than 150 million albums in his lifetime which makes him one of the best-selling musicians of all time. His latest album is A Neil Diamond Christmas.