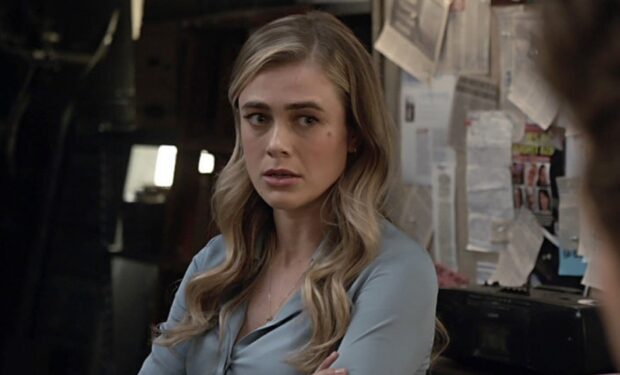 Hollywood actress Melissa Roxburgh is known for her roles in the Diary of a Wimpy Kid movie franchise, and in the 2016 movie Star Trek Beyond (Ensign Syl). Since then, she’s been playing the protagonist of the NBC/Netflix sci-fi drama Manifest as NYPD Detective Michaela “Mick” Stone.

Above is the trailer for the final and fourth season of Manifest on Netflix, and below are BTS photos from the set.

On Manifest (there are a lot of flashbacks), Michaela marries Zeke Landon (Matt Long) after breaking off her engagement with her former cop partner, Jared Vasquez (J.R. Ramirez).

When Roxburgh shared the photos below with her Manifest co-stars, fans went wild with speculation about the love triangle. One made her opinion known: “If Michaela doesn’t end up with Jared I’m gonna be MADDD.” Those who want her with Jared have coined the couple “Jachaela.”