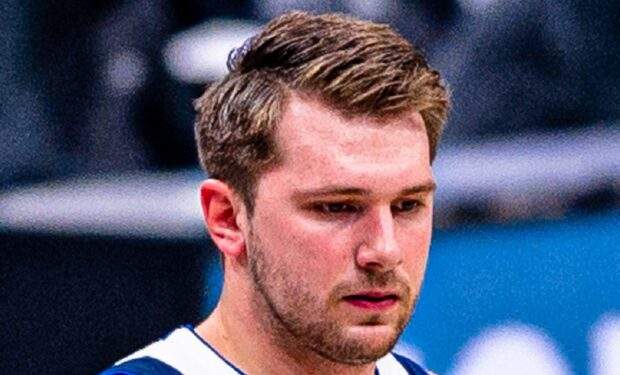 Byron Scott won three NBA titles as a shooting guard in the backcourt with Magic Johnson on the “showtime” Los Angeles Lakers — and Scott later coached in the NBA, drawing up plays for the likes of basketball icon Kobe Bryant.

So when Scott compares current and former NBA stars, he has major credibility. That’s what makes it so interesting to hear Scott talk with the great Robert Horry about Luka Doncic, the Dallas Mavericks scoring sensation.

There are a lot of conversations floating around comparing Doncic and the Hall of Fame legend Larry Bird, the Celtics star, 3x NBA MVP and chief Lakers rival of the 1980s.

Bird, like Doncic, mystified fans and opponents alike by being able to do exactly what he wanted on the basketball court — despite not seeming to possess the requisite speed.

Can slow players play effective basketball at the top level? Bird’s crafty game seemed to permanently answer that query in the affirmative. And yet still it surprises when a slower player rises up.

“Playing at his own speed,” is the preferred euphemism for slow in NBA circles, and it’s what astonished fans and players say today about Doncic — that he “plays at his own speed.” They said the same thing about Bird back in the day.

“You look at Bird and you think I could have stopped him because he’s slow. It’s sort of like Luka now,” Horry says. “You watch Luka and Luka’s so freaking slow and you’re like why can’t they stop that?”

Scott doesn’t just agree, he replies that the speed comparison between Bird and Doncic isn’t really even close: “I think Bird is fast compared to Luka. I see Luka and he’ll be going slow as hell and he’ll get by you. But Larry probably looked like a [expletive] sprinter compared to the way Luka plays. It’s amazing.”