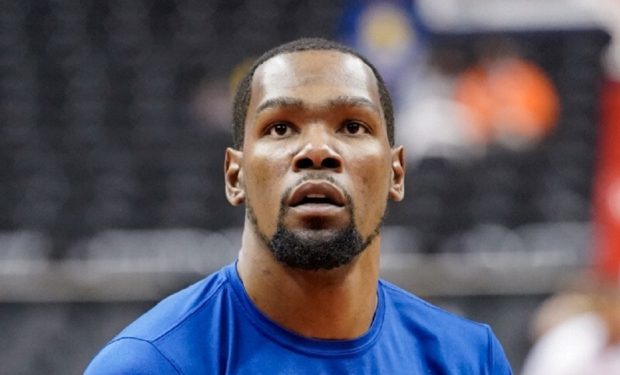 Taylor Rooks had Charles Barkley all to herself on her podcast recently, and Rooks took advantage in her signature style. Barkley is no shrinking violet, of course. He’s happy to opine. But Rooks is a great pro on the mic who consistently narrowed Barkley’s focus to get the Hall of Famer to go deeper and reveal the thinking behind some of his more controversial statements.

Often what Barkley says becomes decontextualized and turned into a meme for argument’s sake. With Rooks he was welcome to provide context. Rooks was especially strong in getting Barkley to explain what he means when he says Kevin Durant is “insecure at times.”

Rather than let Barkley’s assertion that KD is “insecure” just blow in the wind, Rooks tries to pin it down and explains how players view that kind of statement as disrespectful.

“It’s like what data have we collected?” Rooks asks, “Or what conversation have you had with [Durant] personally to be able to label him as an insecure person?”

Barkley responded that his criticism of Durant was empathetic, saying, “You don’t have to react to every fool. When I talk about insecurities, yo man, everybody’s opinion don’t matter.”

Addressing KD’s habit of responding to criticism anonymously via burner phones, Barkley continues, “You don’t need burner phones. You’re Kevin Durant. You can say whatever the hell you want to. But you don’t have to react to every single thing.”

NBA fans at TNT, where they shared a clip of the interview along with Durant’s defensive-sounding reaction, largely agreed with Barkley. In his response, Durant referred to himself as a God and said Barkley lacked the “G14 clearance” to talk about him.

“KD just proving Chuck’s point,” was a common refrain in the comments. “That comment alone proves him right 😂 wth was that?” came another comment. “Anybody that has to call himself a God is insecure asf” — well, you get the point.

Durant supplied those of that opinion a bit more to go on in another tweet that followed:

I think it’s insecurity when u go on tv trying to take shots at my character as a man. But shit, I’m an ignorant jock, what do I know.. https://t.co/UK4y6O2CM4

Here’s yet another fan’s more exhaustive answer: ” Kevin’s response is perfect in that he is solidifying Chuck’s point. When you have to follow other superstars to win, have burners, talk smack to fans in the crowd every game, proclaim yourself a god… you have insecurity issues.”

Here is the full interview: