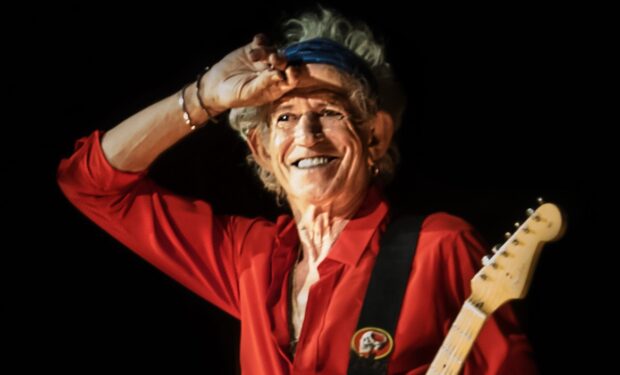 When not on stage with Mick Jagger, Rock and Roll Hall of Fame singer, songwriter and lead guitarist of the legendary Rolling Stones, Keith Richards runs errands like the rest of us. Although when spotted walking down the street in New York City, the 78-year-old is often recognized and asked for an autograph. And not just on a piece of paper.

As seen in the video above, Richards stops to sign a handful of blonde telecaster electric guitars (his go-to guitar on stage, see below). He doesn’t seem to mind — he asks the fellas how they’re doing and such — but his fans hate it.

One fan replied: “I hate all those autograph hunters. I bet not a single one of them was actually a KR fan.” Other chimed in about the “phony” fans: “Nice of Keith to do that but those guys are just going to sell those for a lot.” Another wrote: “Ya right…these guys aren’t fans and they aren’t there for an autograph, they’re planning to sell these to fans on eBay. That’s why Ringo Starr stopped signing autographs.”

Richards’ fans suggest that he follow in the footsteps of Dave Grohl (Foo Fighters, Nirvana) who “only signs stuff for charity.”