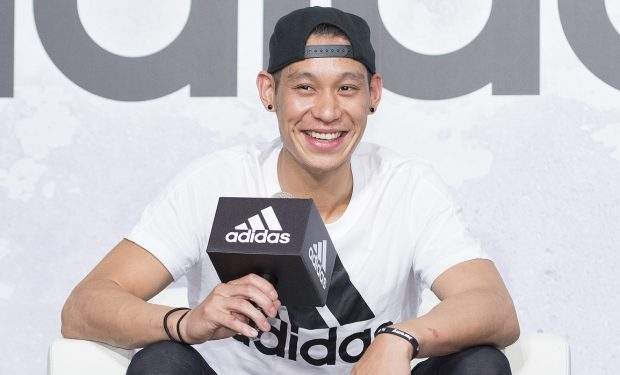 Former basketball superstar Jeremy Lin, whose NBA stardom blazed like a bonfire and then faded far too quickly for his fans, nevertheless knows what it’s like to light up an NBA stat sheet.

And even Lin thinks the NBA has become “so insane” lately, with its nightly stat sheets thankfully digitally recorded these days — otherwise the paper might catch fire.

Note: When the nickname for your own accomplishments is “Linsanity” — a word derived from the word insane, you don’t use “insane” lightly to describe things. But Lin can’t help it. Every night a new stat line — or two or three– from an NBA game mesmerizes.

Cant believe Lebron didnt just get 1 more assist for the triple double lol.
Real talk though, these statlines are getting so insane. 50 and 60 point triple doubles 🤯
And Lebron, in year 20, hoopin like this?! Unreal

Lin writes: “Real talk though, these statlines are getting so insane. 50 and 60 point triple doubles…”

The trigger for Lin’s comment was LeBron James scoring 47 points in a victory on his 38th birthday, becoming one of just four players in NBA history to mix that age with that level of point point production. (The others are Michael Jordan 3x, Kareem Abdul-Jabbar, and Jamal Crawford.)

But Lin is also referring to earlier in the week when the Dallas Mavericks forward Luka Doncic scored 60 points and added 21 rebounds and ten assists, setting all kinds of records as he passed Dirk Nowitzki for the most points scored in a game by a Maverick.

Doncic’s deal was at the other age end of James’s — Luka being just 23 while LeBron is 38. As Lin says, the NBA is “so insane.”

Almost boringly for the Milwaukee Bucks, 2x NBA MVP Giannis Antetokounmpo has made a habit of 40 point, 20 rebound type games, notching two in a row. The night James went for 47, CJ McCollum hit 11 threes in a game, scoring 42 points. Durant, Tatum, Jokic, Morant — any of them might do some stat-busting thing tomorrow that’s never been seen before.

Lin, the one-time New York Knicks sensation who burned up the league in 2011-12 to the point where everyone in the nation was familiar with the phrase “Linsanity,” appeared on two consecutive covers of Sports Illustrated during his wild points binge.

Until recently Lin, 34, had been playing for the Guangzhou Loong Lions in the Chinese professional league, where he is a revered figure.

Could he return to the NBA? There isn’t an obvious path, but in light of what James is doing, Lin must believe 34 years old sure seems young. And if people say his return is insane, well that would fit right in.