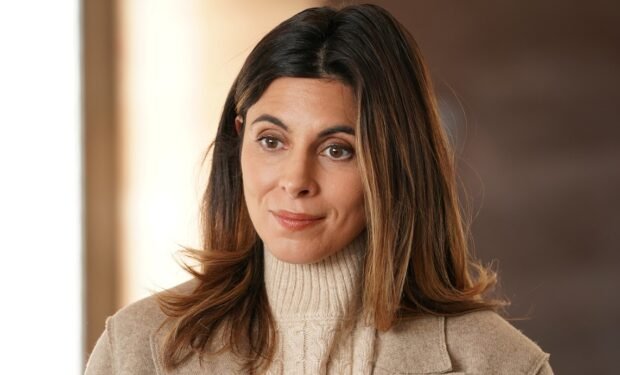 As seen in the winter finale sneak peek video above, Sigler’s character Tonya warns Reba’s character Sunny Barnes, “we are not people to mess with,” and proves it when Tonya pulls a gun on Sunny.

When not filming Big Sky, Sigler occasionally gets dressed up as seen in the stunning hot pink Argent x Supermajority suit above. More than one fan replied, “Fierce.”

Sigler is also pretty in pink pajamas. When she was on the Pajama Pants podcast, she was asked/dared to try to get her feet above her head (it’s a TikTok thing that “hot girls” do). Sigler captioned the video: “Who says you can’t be hot after 40?“