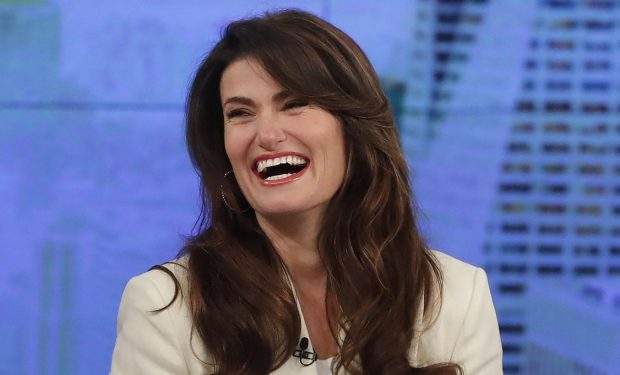 Actress/singer Idina Menzel is the subject of the new documentary “Idina Menzel: Which Way to the Stage.” Before becoming the voice of Elsa in Disney’s Frozen film franchise, she made her Broadway debut in the original production of Rent in 1996, won a Tony Award and fell in love with her first husband, triple-threat Taye Diggs (m. 2003 – 2014).

Since then, Menzel remarried (in 2017 to her Rent movie co-star, actor Aaron Lohr) and has released six studio albums including her 2019 Christmas: A Season of Love.

A post shared by Encore by Idina Menzel (@encorebyidina)

The 51-year-old New York native is now promoting her own clothing line called Encore by Idina Menzel and it’s available exclusively at QVC.

Before jumping on a red-eye flight, Menzel modeled a funnel neck sweater with bell sleeves and a pair of corded velour joggers.

As seen and heard in the video above, she tells “honey” behind the camera to come in close to capture the texture of the pants and then sweetly says, “okay, that’s good, not too close.”

Above are photos of Idina with her husband Aaron while on a beach vacation.