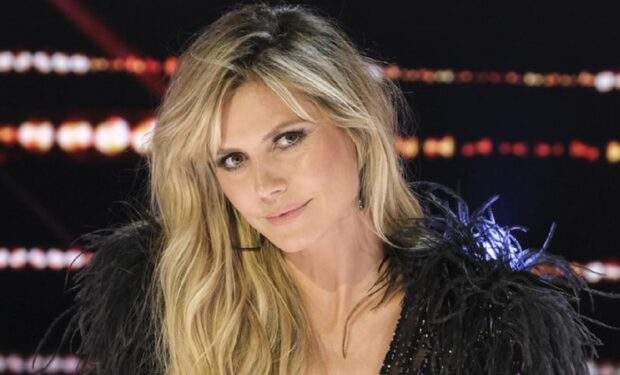 When not on a runway or judging America’s Got Talent with actress Sofia Vergara, music producer Simon Cowell and comedian Howie Mandel, supermodel Heidi Klum is often the subject of a photo shoot.

When the 5’10” German-American model struck a pose in a sheer corset bodysuit with matching above-the-elbow gloves and a pair of black stiletto cowboy boots (see below), she captioned it: “say cheese.”

With the cute caption, Klum used the hashtag #GNTM2023. That stands for Germany’s Next Top Model — Klum is the host and an executive producer of the reality TV competition. She will also rock a Jean Paul Gaultier denim corset ensemble on the set, as seen below.

With the photo below, Klum announced that the next season of Germany’s Next Top Model will begin in Los Angeles, California, aka La La Land.

American fans will have to settle on seeing Klum on her Amazon series Making the Cut with her former Project Runway co-host fashion guru Tim Gunn. Together they set out to find the next global fashion brand. See Season 4 trailer below.