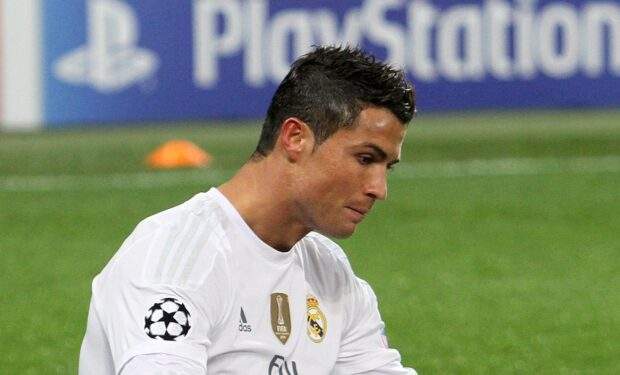 Cristiano Ronaldo‘s famous feet don’t touch the ground in the balletic photo he shared with his 500 million followers before the Portugal-Switzerland match in the 2022 World Cup knockout round in Qatar.

To the delight (mostly) of global soccer fans, the national teams of both Ronaldo and Lionel Messi — widely considered the two best players in the beautiful game over the last decade — have advanced out of the group stage to compete for the ultimate prize. It’s the World Cup narrative many in the world have hoped for.

Ronaldo’s photo shows him galloping with neither of his accomplished feet touching the ground. It’s indicative of how he feels — and how he wants the Portuguese to feel today.

Ronaldo wrote: “Today is for Portugal! For the Portuguese! For us and for ours! Today is for all the dreams we carry in each of us! Let’s go!”

Though enormously successful in the soccer world, both Portugal and Switzerland are both punching above their weight in once sense: Portugal’s population is just over 10 million people, while Switzerland has fewer than 9 million citizens.

To put this in perspective, Latin American soccer powerhouses like Brazil and Messi’s Argentina draw their national teams from, respectively, 216 million and 46 million citizens. Portugal plays Switzerland at 2 pm ET.