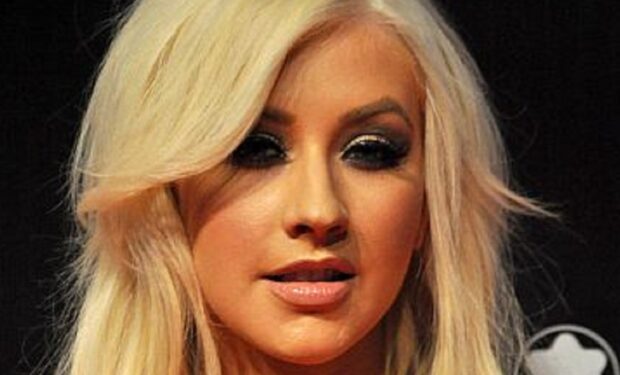 Mega star singer/songwriter/entertainer Christina Aguilera was born in New York City but at the age of six she, her younger sister Rachel, and her mother moved into her grandmother’s home in Rochester, a suburb of Pittsburgh, Pennsylvania.

During a recent visit home, Aguilera, her fiance Matthew Rutler and her two kids caught a NHL Penguins hockey game at the PPG Paints Arena.

Swipe the photo above — which she captioned “hometown love” — to see Xtina embrace the Pens mascot “Iceburgh” and party in the sweet-filled skybox. When the camera landed on Xtina, she blew kisses to the packed arena on the jumbotron screen. (Aguilera cleverly chose Wiz Khalifa‘s song ‘Black and Yellow’ for the video.)

Aguilera also posed with the Penguins team captain, Sid Crosby (see below). As one fan put it: “Well, that’s certainly a crossover I never would have expected…”

Get ready to see and hear more of Xtina: she just received her first Latin Grammy Award for her ninth studio album Aguilera.